The President of Assocostieri Servizi Claudio Laurora will attend the opening conference “The new perspectives for rationalization and modernization of the fuels network: the de Toma resolution” on October, 21

The General Manager Dario Soria will participate in the conference “Green New Deal and effects on logistics the distribution of fuels “organized by Assocostieri on October, 22

On October, 23 ASSOCOSTIERI will be present with the engineer Antonio Nicotra at the conference ” The strategic role of biomethane in transport “

It is possible to follow the live stream by registering via the appropriate link indicated: 21 October 9.30 – 11.30... read more

Friday 2 October from 11:30 – #NaplesShippingWeek Objective: discussing about  technological innovations aimed at promoting the development of the... read more 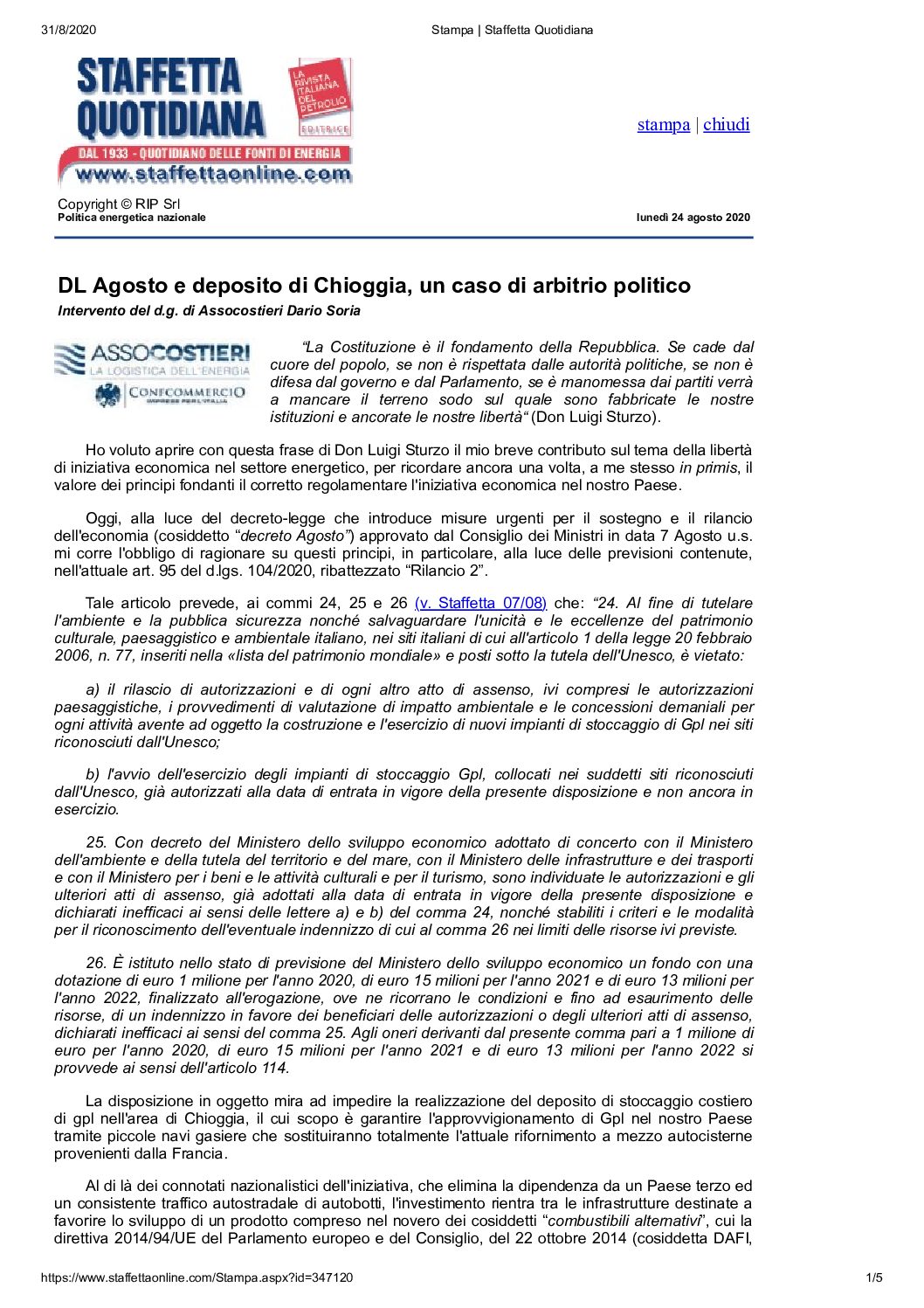 ASSOCOSTIERI confirms is consolidated role as one of the most important Association of independent energy logistics. Assocostieri reached more than 100 members in 2020.

The GHG Reduction National Consortium has been established at the ASSOCOSTIERI headquarters. Purpose of the Consortium: to jointly comply with... read more

Second appointment with ConferenzaGNL. Assocostieri together with institutions, stakeholders and associations will talk about the Italian GNL supply chain in the revision of the DAFI Appointment Tuesday 23 June from 11.00

The GHG Reduction National Consortium has been established at the ASSOCOSTIERI headquarters. Purpose of the Consortium: to jointly comply with... read more

Assocostieri with institutions, stakeholders and associations to talk about GNL infrastructures and transports: from emergency to relaunch. Tuesday, June 16th from 11.00 to 13.00

Rome, June 3, 2020 – The agreement between ASSOCOSTIERI and Banca del Fucino was signed in Rome, a collaboration... read more

ASSOCOSTIERI: Focus on technological neutrality, fair and competitive prices. For a transition process to renewable sources consistent with EU and national energy policies.